Unfold studio was founded in 2002 working out of the Netherlands it is a partnership between Claire Warnier and Dries Verbruggen. Their work centres on questioning what is the role of the designer and how it changes with the advent of new technologies and attitudes. They explore new ways of manufacture, financing and distribution of designs.

Kiosk 2.0 is a mobile 3D printing cart inspired by Bruce Sterling’s science fiction story ‘Kiosk’ and explores as Sterling defines in Domus “…fabrication technology, rampant computerised copying, and piracy machines escaping organised control.” The burgeoning possibility of new craftsmanship and digital fabricators becoming a part of everyday life is increasing everyday. One day they may be at the point where replications are sold cheaply from a kiosk on a street corner.

When in 2013 Kiosk 2.0 was nominated for the London Design Museum’s Design of the year, it caused a cacophony of controversy by printing 3D copies of other finalists’ work. The discussion got quite heated questioning whether when a design is reproduced during 3D printing does it become a cheap fake or a new product all together. Sterling called Kiosk 2.0 a gizmo that is helpful as a cultural irritant, a device to accumulate commentary. He questions the value of what he calls “design-fiction” and declares that it doesn’t capture public imagination as well as his science fiction.

Replica’s included Marcel Wanders’ Egg Vase and Ray Eames’ wooden blackbird. Kiosk 2.0 challenges designers to not take themselves so seriously. Sterling names the “Fabjects” defined as “Fabjects are made of pixelated dust fried with lasers” Domnus 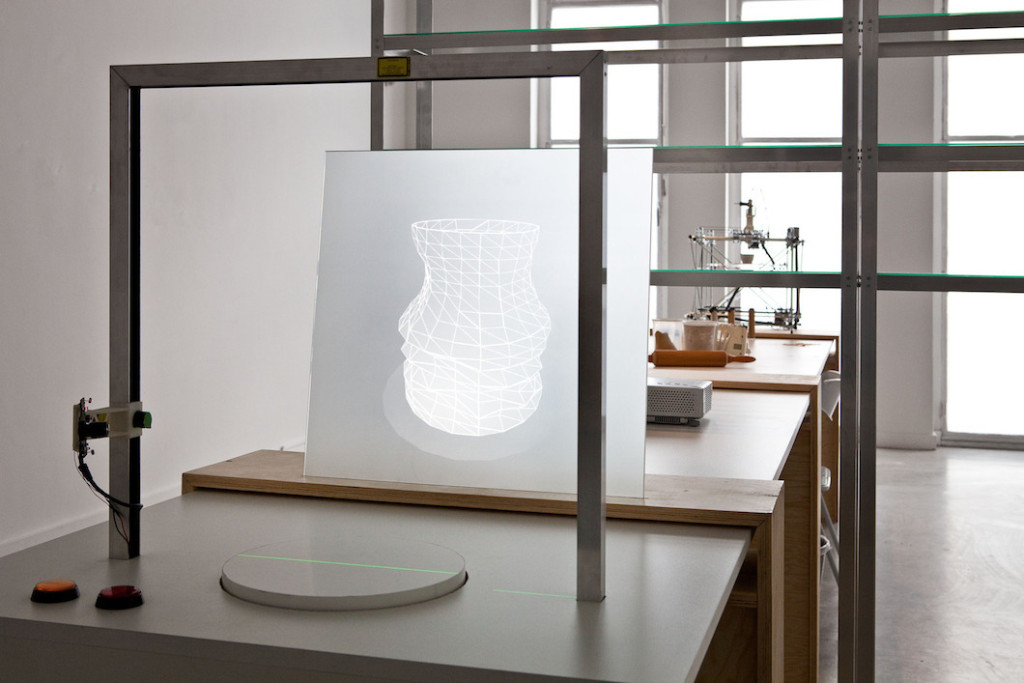 l’Artisan Électronique is a digital pottery wheel commissioned for an exhibition at the Z33 art centre in Belgium. The digital pottery wheel is a green laser with a projected image of a revolving cylinder in front. The user places his/her hand into the laser beam to sculpt the cylinder with their hand movements. The virtual object is then 3D printed using ceramics. The 3D printer was built via online blueprints based on the RepRap self-replicating printer. The files are now available online.

Kiosk 2.0 by Kristof Vrancken via DHub 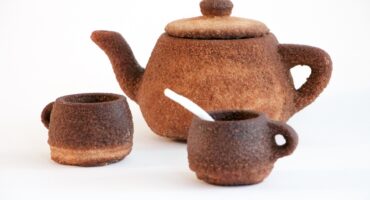 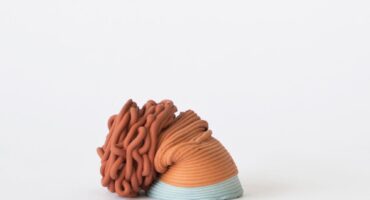